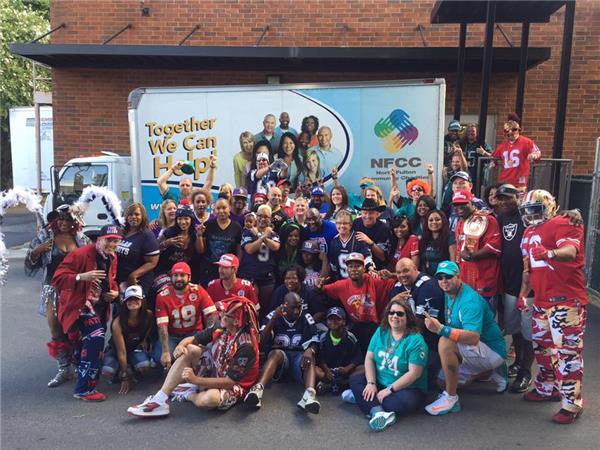 The Bleed Blue Show talks with the leaders of the Pro Football Unity Group. The Pro Football Unity Group is having an inaugural Fan Unity Tailgate Saturday September 3, 2016 at Pernoshal Park in Dunwoody, GA between 2PM – 8PM.  The fan clubs have come together right before the start of the NFL season to celebrate, party, network together as fans.  A day of unity, food, drinks, DJ with live music, cheerleaders, former NFL players, games, flag football and cornhole tournament makes up the majority of the day’s itinerary. The food products of this event will be donated to North Fulton Charities.  Come join these great fans for the togetherness of sportsmanship as well as expansion of charitable contributions.